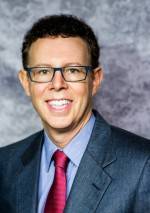 Dr. Michael Berenhaus received his Doctorate of Optometry from The Pennsylvania College of Optometry where he also received Honors for a Multidisciplinary and a Contact Lens Externship. While he was going to optometry school during the day, Dr. Berenhaus went to night school and received his Masters in Health Care Services and Administration at LaSalle University, Philadelphia, PA. Before that he received his B.S. in Zoology/Biology at the University of Maryland.

Dr. Berenhaus belongs to the Maryland Optometric Association where he previously served as president.

He performed research for the FDA for the approval of new types of contact lenses. From this research, multi-media coverage ensued: He’s been on the front page of The Washington Business Journal, received coverage in all local newspapers, as well as by the Health Reporter on Channel 9.

Dr. Berenhaus has lectured to professional audiences. He lectured to military optometrists and ophthalmologists on the benefits and use of silicone hydrogel lenses and also lectured to optometric colleagues on multifocal soft contact lenses.

Dr. Berenhaus is very active in the media. He launched a Public Service Announcement campaign for bifocal soft lenses on the number 1 radio station in Washington – WASH-FM.

In addition, he appeared several times on national television during a Consumer Reports TV segment regarding ultra-violet protection in sunglasses.  On Channels 7 and 21, he discussed new techniques to combat computer eye strain, reviewed laser vision correction and bifocal contact lenses.